As I’m on a train at present, to get to a workshop in Nottingham, it seems like an apt time to write my reflections of travelling with myasthenia.

As someone typical of Generation Y, one of my passions in life is visiting different parts of the world. I love nothing more than trading travel stories and recommendations and getting lost in new places. Although my dog phobia has caused some problems in the past, I’ve always managed to find ways around it and I plan to do the same with MG.

In spite of missing the ‘gap yah’ phase, and my parents partiality to a package deal over a city break when I was growing up, I’ve crammed a lot of exploring into my 27 years. There are only 15 countries in Europe I haven’t been to (Romania, Bulgaria, Albania, Lichenstein, Estonia, Slovenia, Slovakia, Switzerland, Belarus, Latvia, Lithuania, Andorra, Moldova, Macedonia and Denmark…although I’m soon to make it 14 when I go to Copenhagen for my birthday next month).

I’ve seen most of North Africa, a good chunk of North America, a bit of Canada, made my first trip to Asia last year and plan to see as much of South East Asia, South and Central America and Africa as I possibly can.

I’m proud to say I’ve also seen a lot of my own Bonnie country and would have to agree with tourists that, despite the weather, Scotland is one of the most beautiful places on Earth. All of the following photos are from my homeland. 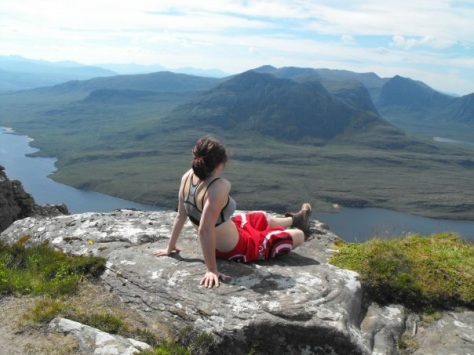 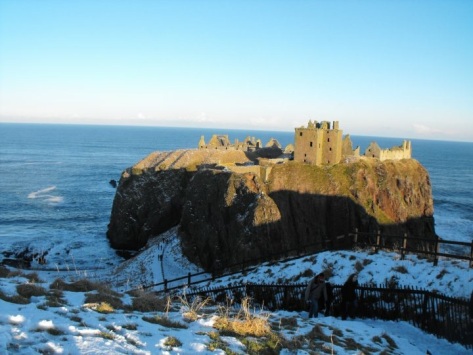 I would love to visit everywhere at least once but, even with my can do attitude, I’ve just about accepted that it won’t be possible. However, I’ll be damned if I let MG be a reason to stop me from making the most of my time on earth.

The first real concern I had with MG abroad was when I was in Istanbul and my voice went funny for the first time. Thankfully, Elaine and I were at the airport preparing to come back to London, but I panicked a little. The main reason for this was that I didn’t have any decent travel insurance. I realised that if it had been the start of a myasthenic crisis, I would have been screwed.

Following on from that, the next big trip I took was for the Camino de Santiago which I wrote about on 22/365. Apprehensive about the endurance test ahead, I realised that making the travel insurance mistake again would be reckless and selfish. So, thanks to a recommendation from Myaware, I called All Clear Travel tto book my cover for the week long trip. I was pleasantly surprised that, in spite of the physical challenge, it was no more than £30 (although the exact cost escapes me). However, the woman did say that after a certain altitude they wouldn’t be able to provide insurance – this is concerning due to my dreams of trekking the Inca Trail. That’s something to worry about in the future.

Other than that, and medication being my first priority now instead of books, I’ve had a pretty smooth time with the travelling I’ve done so far. But the challenges lie ahead.

Speaking to my consultant about my desire to go beyond Europe next year for a bigger trip, he informed me that if I’m on aziathioprine, or any kind of immunosuppressant, I won’t be able to get live vaccinations. This is because without a robust immune system to fight off the vaccine, there’s a chance it could spread. So essentially by getting the jab, you put yourself at risk of contracting the disease.

From what I can see, yellow fever seems to be the most problematic for me as there are many countries in South America and Africa that recommend the vaccine. From the World Health Organisation guidance, it looks like there are areas within these countries that are safe but I’ll need more guidance on this.

Also, I will need to find malaria tablets that don’t include quinine as it can increase muscle weakness.

My consultant also mentioned that if I ever did want to go away for longer, the longest he could provide a prescription for is three months. While that isn’t an issue at present, it is useful to know for the future.

The last thing is, with my superhero powers, I also have the fun task ahead of trying to communicate with non-English speakers that I have metal in my chest from an operation when going through security scanners. I need to find out whether there is a card you can carry for this to make life easier.

All of these things can be worked around – I’m hoping to come off the immunosuppressants eventually which would solve the live vaccine situation. I don’t plan to be away for longer than a typical holiday so that solves the prescription issue and I’m sure there will be something I can do regarding the metal in my chest. The most important thing for me is that the focus of travelling is still on fun and adventure, and not on the practicalities. While I do need to consider the practical details, I hope they will always be secondary.