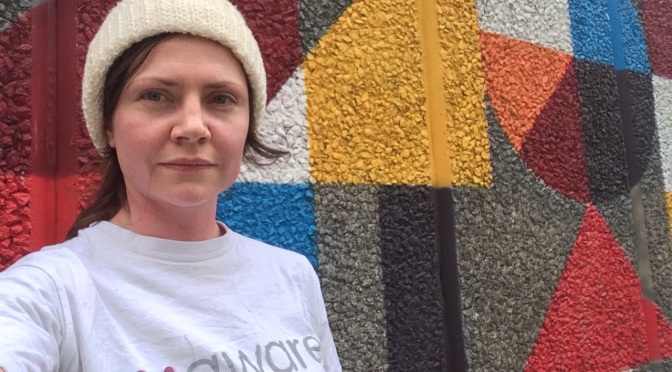 I’ve been on the clumsy spectrum since childhood – my parents’ carpet was frequently covered in the juice that I’d absent mindedly spill and I’ve had more broken bones than most families collectively (to the point that my parents were probed about child abuse because I went to the Sick Kids hospital with broken wrists and arms so regularly).

As a student and journalist in my early 20s, my absent mindedness continued (my mind was on higher things, dontcha know) and so did my clumsiness with lots of coffee spills all over my notepads and desk. Now that I’m grounded in the real world, and no longer own a car covered in spilled soup, I thought it was a thing of the past. I was sure I had conquered the inner clutz. No such luck.

Recently I’ve been dropping things like they’re hot (some times they are and it can hurt). At Tuesday’s training session, I managed to cover my group’s table and some of our worksheets in coffee. On several occasions recently my Oyster card has teetered on the edge of the tube platform after it has slipped through my fingers and I’ve started wearing my backpack to work for the water bottle holder as the slippery blights kept falling from my hands.

I’ve decided that it must be due to a reduction in grip strength or my hand muscles getting easier fatigued. Either way, I don’t like it. It kills my pretence of sophistication and I am wondering if it’s getting worse because I’m stepping down the steroids (currently on 8mg a day). Today’s picture was taken on my lunch time run when I managed to catch myself from tripping down the stairs on Waterloo Bridge.

Perhaps I’ve just had a bad run of luck, but I would be interested to hear if anyone else with MG has had a similar increase in clumsy incidents?