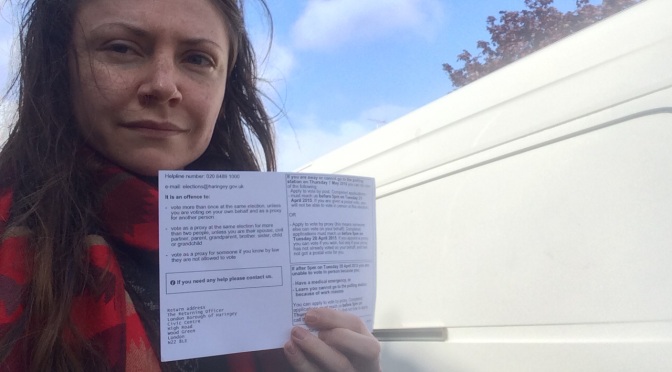 It was the day where we let the ballot box know what we stand for and I did my bit first thing in the morning. The rest of the day dragged along at a snail’s pace.

I spent the last election in Norway on a press trip. Having cast my postal vote much earlier, I felt far removed from the action. I was envious of my colleagues reporting from the counts, but I knew they were also envious of my opportunity to climb mountains overlooking fjords which I would later speed down on a RIB boat. Did I mention getting my first ever surfing lesson? All for free. I made the most of the hospitality and tried not to delve into the coverage until I got home. Tried not to want to be at home. By the time I was back, the conversations for the Conservative and Lib Dem coalition were well underway. I was already disengaged because I distanced myself.

This time the outcome meant a lot more to me. As a civil servant, it dictates my next boss, my next set of priorities and even whether or not I have a job in a year’s time.

I avoided staying up all night – mainly because I was pretty worn out from lots of preparation work. After a full on day, and seeing how fatigued people who had stayed up or set an alarm were, I know I made the right choice. Today felt historic nonetheless –  watching three leaders resign from a government office is something I’m unlikely to forget.