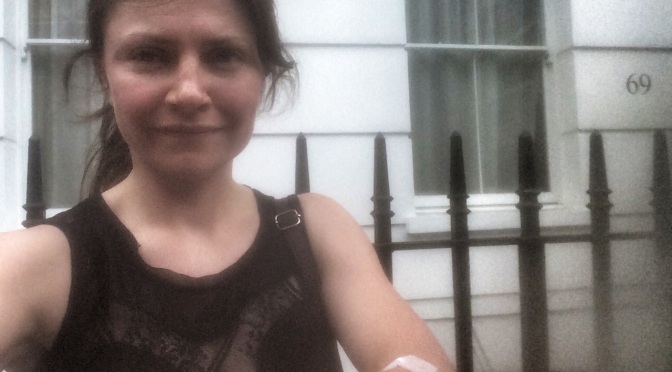 Yesterday I visited my consultant for the first time since March…you can imagine the number of questions I had for him.

In the time since I saw him last, I’ve reduced my steroids from 12mgs to 2mgs, with many ups and downs along the way, walked a second part of the Camino, completed a mini duathlon, started to feel a little dizzy and written ….a lot of blogs. So when he asked me how I’ve been, where’s best to start? As usual, I started with how I’ve been feeling recently – better.

The usual reflex tests were done with my eyes – follow the pen until I get double vision (always when he holds it up high as my right eye won’t go up as far as my left), scrunch my eyes up as tight as possible and try to stop him from opening them and hold my arms up as firm as possible while he tries to press them down.

After that, we normally talk about the plan going forward. Last time I saw him, we discussed the long term plan of coming off medication completely in stages. So I was confused and frustrated this time when he said I didn’t need to reduce the steroids any more for now. The plan until December has been changed ‘to let my body catch up’ with the higher dose of immunosuppressant. While the last few mgs have been tough, the goal of coming off steroids has kept me feeling like I’m working towards something important.

I also asked about a range of different things including overnight mestinon, the myasterix vaccine, the research project on self assessment, dizzyness and the new London nurse – I’ll update you on these over the next few days. You’ll also see from the photo above that I was back being a pin cushion again – getting a whopping 8 vials of blood taken but more about this in my next blog.