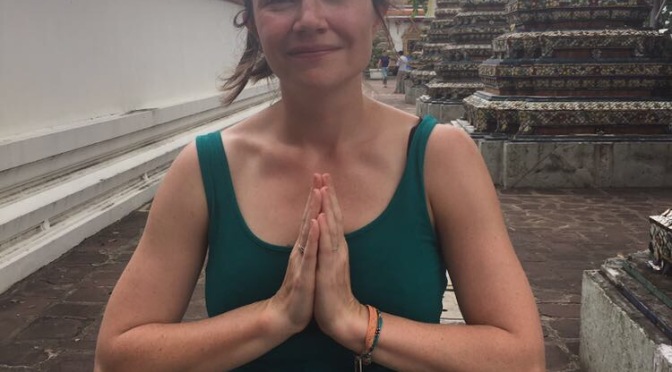 Arriving in Bangkok is organised, air-conditioned bliss after the anarchy of Kathmandu…even if you’ve grown fonder to the craziness as I had. Everything in Bangkok is signposted, efficient (take a ticket number for an airport taxi and go to the booth with the same number, voila!) and there are plenty of people around to ask for help. Still, after an intrepid first fortnight of travels, I felt a slight sinking feeling as we stepped back into an intensely structured universe.

Thankfully, that sanitised order ended at the airport door – the area around our hotel in China Town was more like a bustling street bazaar full of exotic food for sale like Durian, sticky mango rice and Jack Fruit. Delicious!

With its rich-poor divide, its drive for convenience and modern comforts (particularly good coffee) and its seedier side nestled down dark alleys, Bangkok is like many cities I’ve visited before. But it has its own vibe too. It has alligator-like lizards swimming in its canals, Tuk Tuks dressed up with flashing lights zipping down busy alleys, anything you can imagine available to buy on its streets and an architecture style that is completely new for me.

The lizards of the canal – Water Monitor lizards.

Day 1 sees us decide to walk the 30 minute journey from our hotel to the Grand Palace as a novelty after it being near impossible to walk in Kathmandu due to pollution. The humidity gets in on me and it’s clear why most people ride mopeds rather than walk here. I worry that this heat may bring about some issues with my MG as I feel exhausted almost right away. But I learn on that first day that an air con break with a delicious fruit smoothie and a salty sandwich is what will revitalise me here, not my normal caffeine fix.

Over the next 4 days we try to take in as much of the city as we can including temples, art exhibitions, a boat trip, shopping, night life and a ladyboy cabaret. We also dedicate a day to our hotel’s rooftop pool and bar; watching the boats on the Chao Praya river and trying to conquer the inflatable flamingo. Thus in Bangkok we try to cement the balance of ‘doing’ and ‘being’ that we want to keep throughout the trip. This trip is about rest and recovery as much as it’s about adventure.

I’m not sure what I expected, but Bangkok is definitely better. From a privileged tourist perspective, the value for money is unreal compared to home, it’s easy to get around and no matter where you are at what time of day or night, there’s a Tuk Tuk or taxi driver waiting to haggle with you – and 9/10 times for me they were polite. While there are quite a lot of Seven 11s, Starbucks and McDonalds, there are a lot less chains here which allows different areas to have their own feel.

I have no doubt that Bangkok has its own issues (many of which lurk down those dark alleys), but as someone passing through its relaxed atmosphere, variety of attractions and affordability mean I’m certain I’ll be back here. 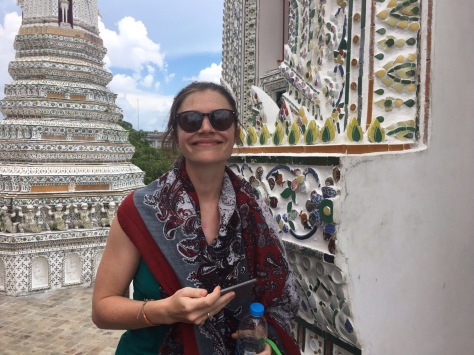