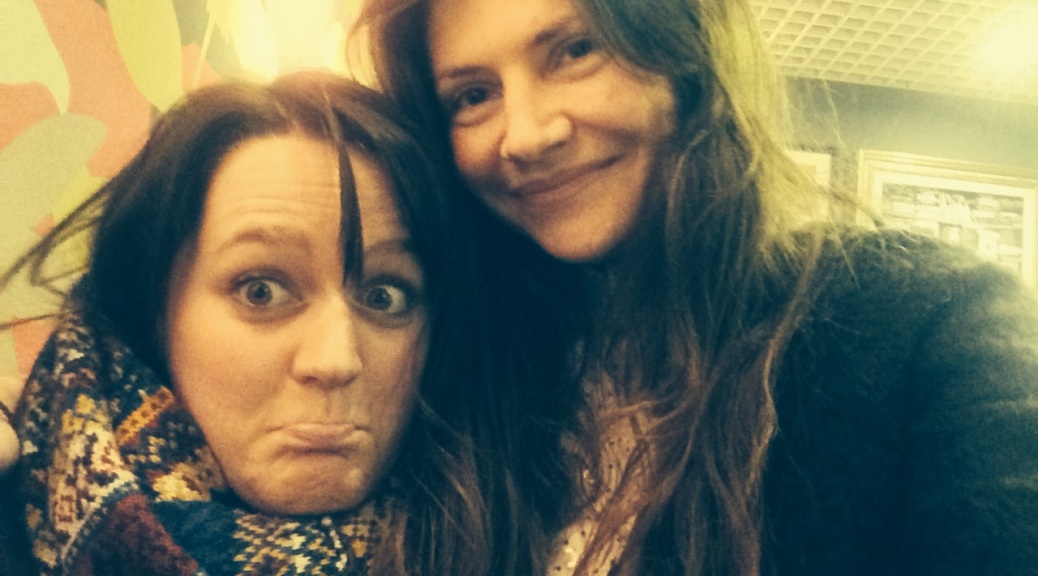 Excuse the terrible wordplay in my title but I want to cut straight to the chase. Sometimes two intelligent people (well…we have degrees and challenging jobs so I’m going to pretend) can only look at each other and laugh at their own stupidity. Yesterday, Elaine and I had one of those moments as our train pulled into Stanstead airport and we remembered that we were actually flying to Copenhagen from Gatwick. In fairness to us, we are flying back into Stanstead..but still. As hovercrafts are still a thing of the future, and we didn’t feel like nabbing a plane and crew to fly us across London, it was better to admit right away that our flight was a bygone.

We holed up in the Scandanavian-esque Costa coffee to look at our options. Of course the cafe had no signal in an airport full of it, but eventually we got connected to the airport’s wifi (for the small price of giving it unlimited access to spam our mailbox). The options were sparse. There were no flights that didn’t include a stop over on Friday and the next best option wasn’t until first thing Saturday morning from Luton. Noooo…not Luton. The same Luton that takes a lifetime to get to from, well, anywhere.

After checking out some rather extortionate options, we bought the Luton flights knowing that it would only cut into our Copenhagen time by a few hours. Also, thank goodness to Easyjet the flights were pretty cheap. Now we had a way to get our weekend break, and had decided to make the most of our first night ‘away’ by booking a glamourous airport hotel, but how did we get to Luton?

Although it’s only an hours drive from Stanstead, my Citymapper app suggested it would take 112 minutes on public transport and neither of us had our driving license to hand. Taxi…that’s a bit extravagant right? It was £75 private hire which is less than it would have cost us both to take public transport. Pretty disgusting really.

Thankfully our cabbie was prompt and knew shortcuts to avoid the Friday night rush-hour traffic. He also didn’t mind making a toilet stop for the small price of a cappuccino.

By the time we reached the Luton Ramada, I felt sick from all the excitement (and possibly the mini eggs). I had a lie down before dinner in the hotel – the option of heading into Luton was mooted and quickly dismissed considering the 5am alarm. (Below is our hotel in all it’s glory this morning)

Like all travel misadventures, yesterday was all about what we made it. We spent the night catching up and chatting about things big and small, from the Assyrians to Beyoncé, over a lovely steak dinner and glass of Pinot noir. What we had decided would be an early night turned into a late one as we continued yapping over a night cap. Although the view outside was of a motorway, we could have been in a million more scenic spots and it really wouldn’t have mattered.

I’m feeling drained today – from the stress of yesterday, the late night and the early morning – but mainly I’m bursting with excitement as we are just about to board our flight. Because of the mishap, arriving in the Danish capital is going to feel even more special now. 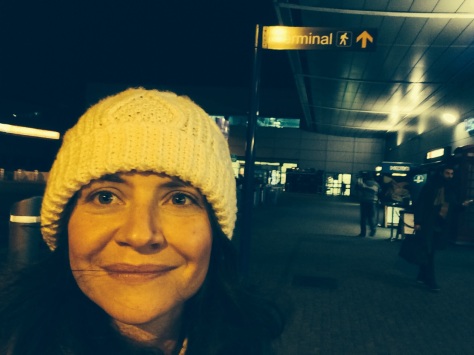