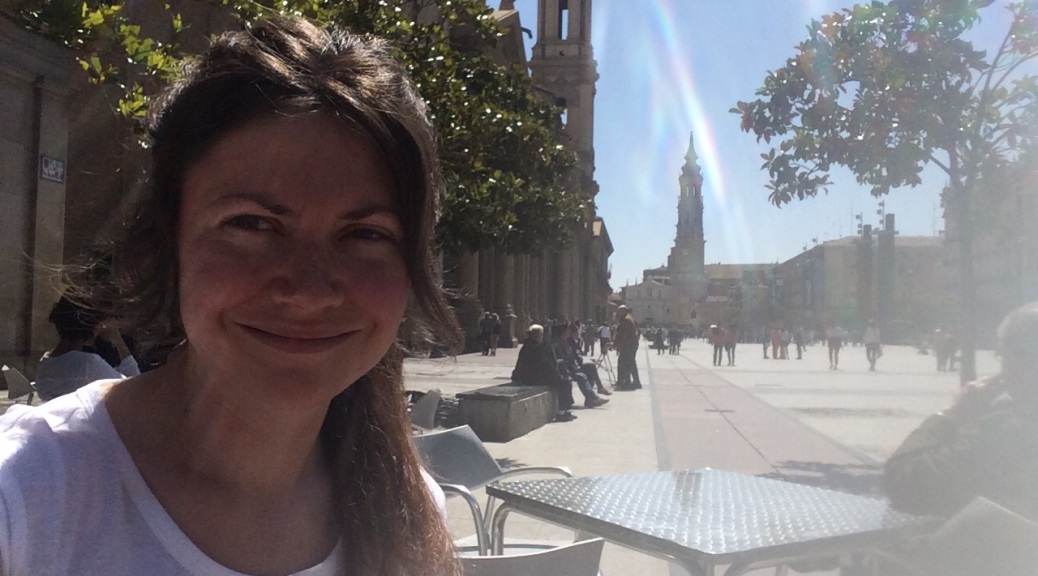 After a day of shivering in Biarritz, where the temperature was significantly lower than London and the sun was a fleeting visitor, it was decision time. Did we stay for another two days and feel time drag waiting for our friends to arrive? Or did we take a proactive step – leave our 4 star hotel with its jacuzzi bath and bathrobes for less fancy but with more sunshine? As we shivered over a coffee, our phones were put into overdrive looking for somewhere warm that wasn’t too far away. The closest place we could see that had a significant  temperature difference was Zaragoza – a place I knew absolutely nothing about but was only three hours drive. There was obviously an extra expense to consider, but Biarritz was expensive and Spain was not. After thinking about it for a couple of hours, we hired a car, book an £18 a night hotel and planned to set off the next morning.

Before we were on the road, there were a few faffs that delayed us from starting. But when we met a lovely Irish girl, who had just walked the section of the Camino we were about to, we knew we had made the right decision. She talked about the freezing cold that she couldn’t shake in the Pyrenees and about huddling around a fire a man had made on the mountain. Soaking up some sunshine before that inevitable bone-seeping cold seemed imperative.

Watching the landscape change on the drive was incredible. From picturesque Basque coastal towns, we then spent an hour and a half powering through the Pyrenees. Their scale and the plummet in temperature up there became very real. Once we were through them, the land became flat and fertile before it changed to a more arid quality. The dust, the wind and the rows of high flats were my first impression of Zaragoza. Below is a railway bridge near the edge of the Pyrenees – you’ll see the change in sky here to Zaragoza below.

Once settled in our more modest hotel, which I’m pretty sure had a brothel attached, it was a quick change and out to make the most of our 24 hours in this sunny city. We found our way to La Aljaferia (a palace dating back to Moorish times and is the finest example of that kind of architecture outside of Andalucia) – well only as far as the park outside it but it was a fine view for sunbathing and reading. 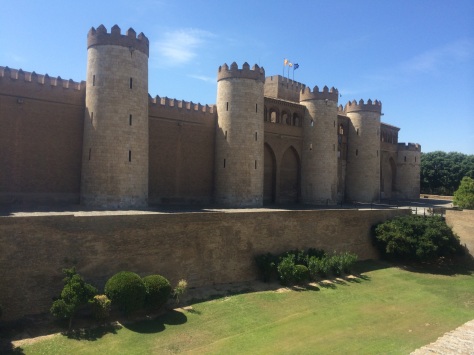 I had my factor 50 sunscreen with me, as mentioned previously in this blog, my immunosuppressants increase the risk of skin cancer so I must always be careful.

You would think that that risk would put me off being in the sun, or at least enjoying it less, but it has not. I’m still aware of how much better I feel after soaking up some Vitamin D – I’m just a lot more careful now about not overdoing it and making sure I’m covered up.

Lying in the grass with bare feet and ants exploring our legs, Elaine and I looked at each other and smiled. We had made the right decision and we would start the Camino better for it.